The Jetoptera FPS-200 propulsion system test campaign has begun with the gas generator firing for the first time in December. In collaboration with Acutronic Turbines Inc. and its joint-venture partner, AeroDesignWorks GmbH, Jetoptera has designed and is building and testing the prototype core engine. This will provide the mechanical power to supply its proprietary Fluidic Propulsive System (FPS) with compressed air sufficient to generate thrust and electric power for a 220 lbs VTOL-capable aircraft, the J-220. The gas generator presently being tested is based on the Acutronic SP75 and is the core of the 75 kW turboshaft system that drives an air compressor supplying the FPS.

“The SP75 is unique in that it employs three compressor stages for a high overall pressure ratio, rendering a very low specific fuel consumption” says the Managing Partner of AeroDesignWorks GmbH, Dr. Georg Kroeger. “In combination with the dedicated lubrication system and the augmenting thrust provided by the FPS, it will result in a very light, flexible and powerful propulsion solution. 3D aero design methods employed in the compressor and turbine areas allow for considerable fuel burn reduction while keeping a very attractive thrust to weight ratio.” 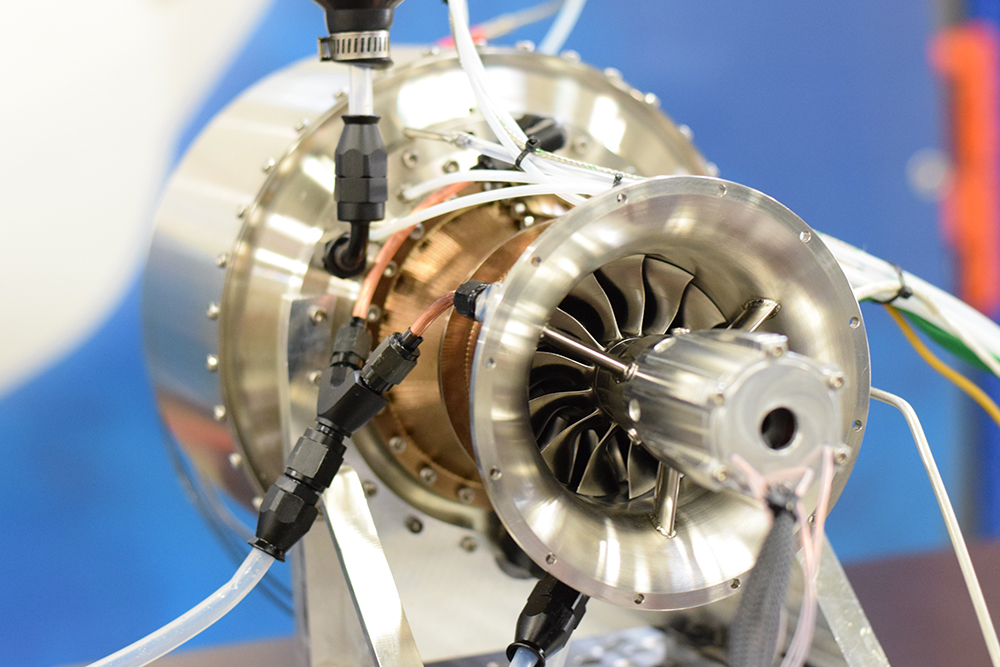 Identifiable through its lack or propellers or fans, the FPS uses fluidics to augment the thrust that can be produced by a stream of air or gas. An augmentation ratio of at least 2.0 is achieved in static and quasi-static conditions. The compressed air needed by the FPS as an input can be provided by a compressor driven by a turboshaft gas turbine powered by jet fuel or diesel. It can also be provided by an all-electric system when battery energy density battery improves sufficiently. The FPS thrusters can be rotated easily, which makes the system ideal for VTOL flight. At the same time, the ability of the FPS to be engineered into non-round shapes, useful for augmenting lift when strategically integrated with the wings of the aircraft in blown airfoil and boundary layer ingestion combinations, makes it ideal for STOL flight.

“Historically, gas turbines are challenging to scale down to less than 2000 lbf and are thirstier than piston engines. They are however much simpler and significantly lighter. The turbine-based FPS will benefit from a longer life compared to the competition by using a dedicated lubrication system and considerably improving the fuel burn and efficiency via the thrust augmenting FPS. It is scalable and ideal for VTOL and STOL applications and we envision its deployment with better cost of operation, flexibility, noise, and unmatched speed, simplicity and plane accessibility compared to rotary aircraft. The J-220 is the first of its kind; we have demonstrated the technologies to a TRL 7, so now we are ready to integrate them into a product and demonstrate its capabilities at the 200 lbf level. Scaling up the system to up to 5000 lbf levels will follow.” said Dr. Andrei Evulet, CTO of Jetoptera.

The J-220 aircraft will be VTOL-capable, with expected payload of 50 lbs and range of 150 miles. In forward flight, the expected max speed will exceed 200 mph, based on results obtained in the wind tunnel. Versions are possible with an expected max speed beyond 400 mph, by folding the thrusters into the wing. The combination of the revolutionary FPS with an optimized airframe has many advantages over other approaches: high speed, efficiency, simplicity, quietness, compactness, and low cost. Jetoptera has already demonstrated the groundwork of such a system statically and in-flight including wing-borne, vertical takeoff and hovering, and transition between VTOL and forward flight in excess of 100mph. Its newly developed FPS-200 will allow Jetoptera to fully and exclusively commercialize the remarkable benefits of its technology as a stand-alone propulsion solution for other aircraft or V/STOL when integrated with the Jetoptera airframes.

The campaign that began in December will end mid-2020 with the static demonstration of the FPS-200, followed by its integration onto the J-220 airframe. Airframe construction is already under way. 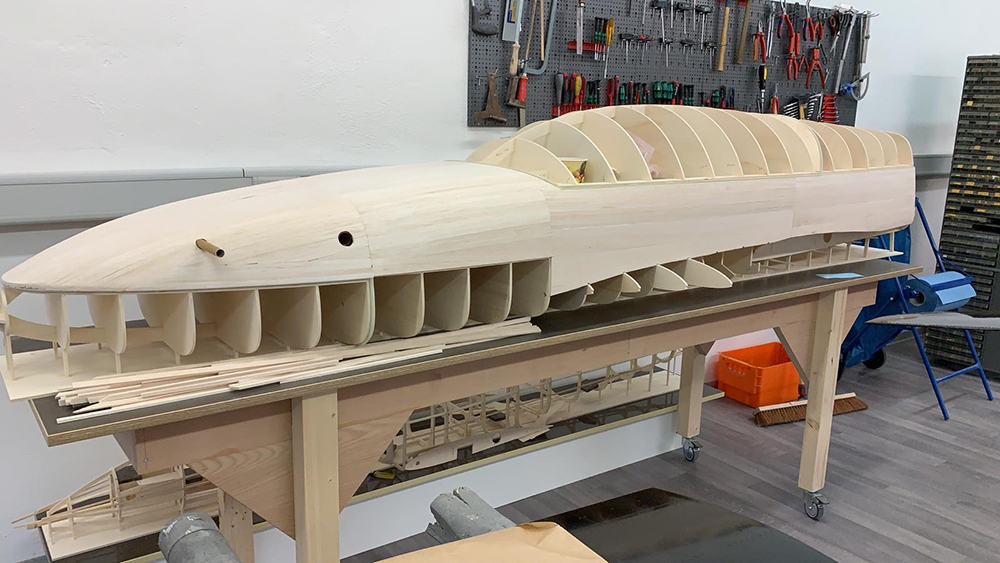 Acutronic is the global market leader in the development, design and manufacture of Inertial Guidance Test Systems and Hardware-In-The-Loop motion simulators. These high-precision motion simulators are used in the aerospace, defense, automotive, and consumer electronics industries to test or calibrate inertial sensors (such as gyroscopes, accelerometers, and inertial navigation systems); stabilized electro-optics; Electronic Stability Control systems; and in-flight engagement scenarios of missiles.

Acutronic’s Aerospace Components Division develops and manufactures specialty components for use on unmanned and optionally-piloted aircraft. These products are used on next-generation aerospace programs and include a range of power electronics, servo-actuators, as well as micro turbines and turbo-generator sets. Acutronic Aerospace offers standard products and excels at designing highly-customized solutions for demanding mission requirements.

Acutronic has a proud history of building and investing in technologies and teams that are crucial to the aerospace, defense, robotics, and transportation industries. The Acutronic Group employs over 160 employees, across sites in Austin, Texas; Baltimore, Maryland; Pittsburgh, Pennsylvania; Bubikon, Switzerland; Olten, Switzerland; Darmstadt, Germany; and Hyderabad, India.

AeroDesignWorks, based in Cologne, Germany, develops and delivers small gas turbines for thrust and power to the market. The SP75 core engine for the FPS-200 propulsion system has been developed since 2012 targeting on various rotary wing and generator applications. Beside these serial business and R&D activities the company provides turbomachinery design and optimization as an engineering service to customers around the world. Applications are all types of compressors and turbines for gas turbines, aircraft engines and various industrial applications as wind tunnels and ventilation.