The U.S. Patent Office recently issued three patents to Jetoptera that solidify the company’s positioning to commercialize its Fluidic Propulsive System (FPS), configurations of that system for vertical take-off and landing aircraft, and designs for a streamlined and highly capable flying car. Jetoptera enters 2020 with the following patents now bolstering its extensive IP portfolio:

The patent issued this month for Jetoptera’s FPS is in addition to an earlier patent issued in February 2019. It broadens the company’s claims to protect a wider field for Jetoptera’s development and commercialization of the FPS. Fluidic propulsion is ideal for vertical and short takeoff and landing aircraft, and enables a great solution for the world’s burgeoning interest in urban air mobility.

The configuration patent for Jetoptera’s distributed-propulsion aircraft is also very important alongside the company’s bladeless FPS. When Jetoptera’s FPS is optimized within the company’s now-patented airframe configuration, an ideal Fast VTOL aircraft is the result, capable of powerful and efficient VTOL and forward flight up to 200-400 mph. This configuration also enables the creation of ideal short-takeoff-and-landing vehicles (STOL), which can take off and land on shorter runways in more places. Moreover, the new patent protects the option of long-endurance (i.e., long flight duration) configurations. These combine a propeller within the back box-wing with the Fluidic Propulsion thrusters, adding flexibility of higher endurance to the VTOL solution in an elegant fashion.

The flying-car design patent is the latest in a series of issued design patents and it protects the efficiently integrated airframe design of Jetoptera’s aircraft. This design includes Jetoptera’s distinctive box-wing on the back of the aircraft coupled with a canard wing on the front and four rotatable thrusters (two in the front and two in the back). This design is critical to Jetoptera’s goal of mass commercializing elegant and capable VTOL aircraft up to and including flying cars.

With the combination of these patents, Jetoptera is uniquely positioned to define the Fast VTOL, long-endurance VTOL, modern STOL, and flying car categories. The combination of a revolutionary propulsion system within an optimized airframe has many advantages over other approaches: high speed, efficiency, simplicity, quietness, compactness, and low cost. Jetoptera has demonstrated flight with this system, including wing-borne, vertical takeoff and hovering, and transition between VTOL and forward flight in excess of 100mph. Its newly issued patents, in combination with over 50 other issued and pending patents, will allow Jetoptera to fully and exclusively commercialize the remarkable benefits of its technology.

“In combination with the issuance of our patents for the Fluidic Propulsive System, the configuration patent and flying-car design patent will allow us to protect and commercialize our ground-breaking Fast VTOL, STOL, and long-endurance aircraft designs,” said Andrei Evulet, Chief Technology Officer of Jetoptera. “These aircraft are very fast, have great range, and can carry heavy payloads. We are replacing antiquated propellers and fans with compact, easily-rotated thrusters that can take on shapes optimal for integration into an airframe of unprecedented compactness. The thrusters exploit the Coandă Effect to generate powerful, efficient, and quiet thrust. The advantages are hard to overstate, particularly for Fast VTOL, STOL, and long-endurance applications. They make possible a flying car worthy of the name.” 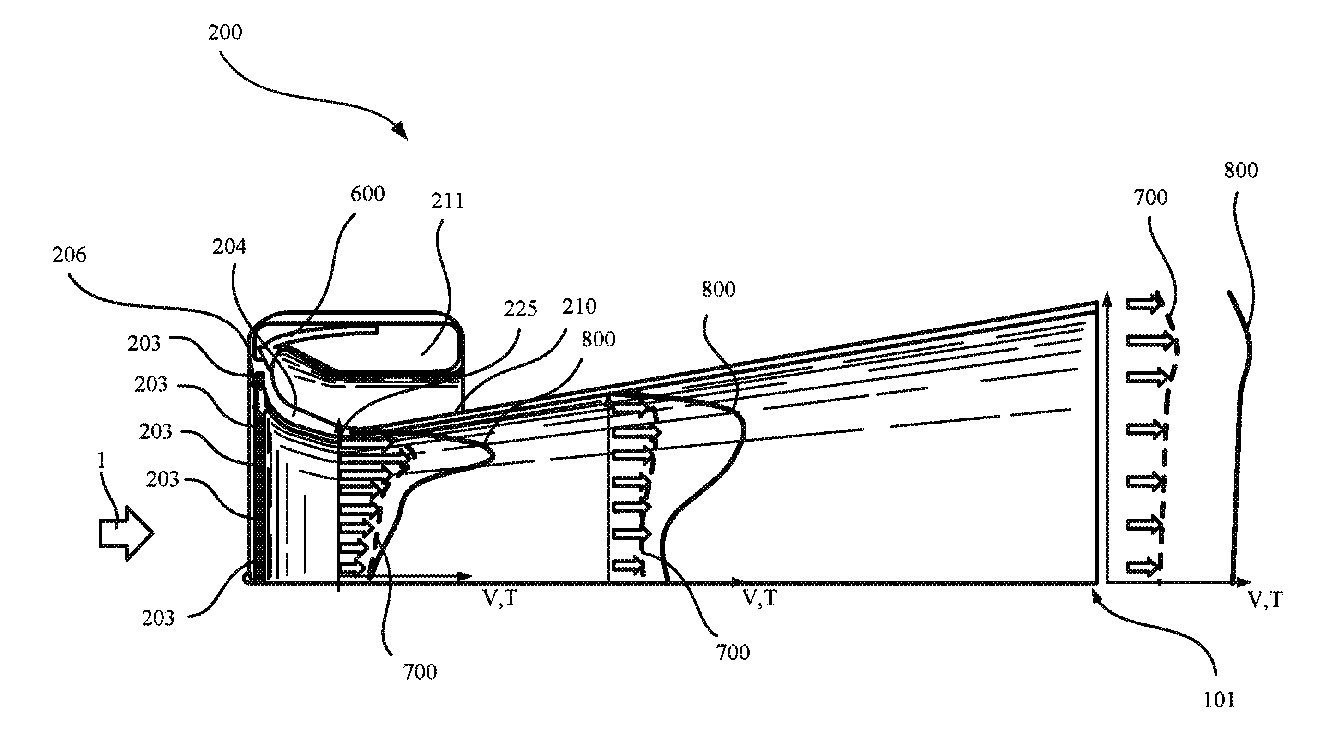 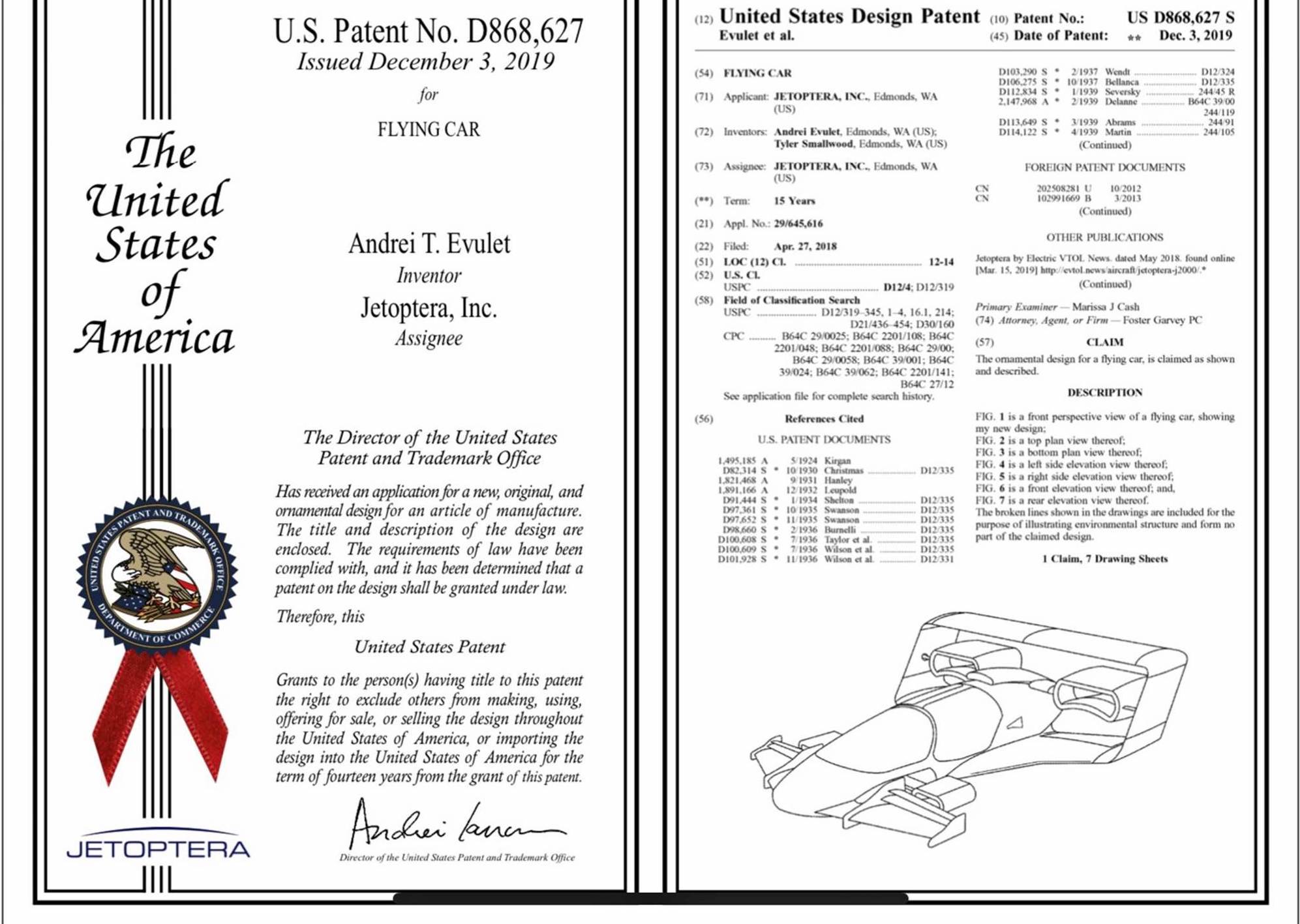