When optimized with Jetoptera’s novel airframe design, Jetoptera’s Fluidic Propulsive System™ enables efficient vertical and short takeoff and landing (V/STOL) flight and speeds up to 200-400 mph. The system has many advantages over other approaches: high speed, simplicity, quietness, compactness, and low cost. Jetoptera has demonstrated flight with this system, both wing-borne and vertical takeoff and hovering. Its newly issued patent will allow Jetoptera to fully commercialize the remarkable benefits of its technology.

"This is a foundational patent for our technology, describing the configuration of our aircraft integrating thrust and lift augmentation. It enables VTOL and STOL capability and high maneuverability in an aircraft in a way that has not been achieved before, while also maximizing the vehicle's autonomy, range, and payload to total weight ratio,” said Andrei Evulet, Chief Technology Officer of Jetoptera. “This invention eliminates the need for propellers or large fans, replacing them instead with compact, easily-rotated thrusters of various shapes that take advantage of the Coandă Effect to generate powerful, efficient, and quiet thrust.”

Jetoptera is a pioneer in the development of highly capable unmanned and manned aircraft. Its propulsion system is distributed and lends itself naturally to creating V/STOL aircraft of unmatched speed, range, payload, and efficiency to transport cargo and people. The technology is scalable and can be applied from smaller UAVs to a four seat flying car and beyond. 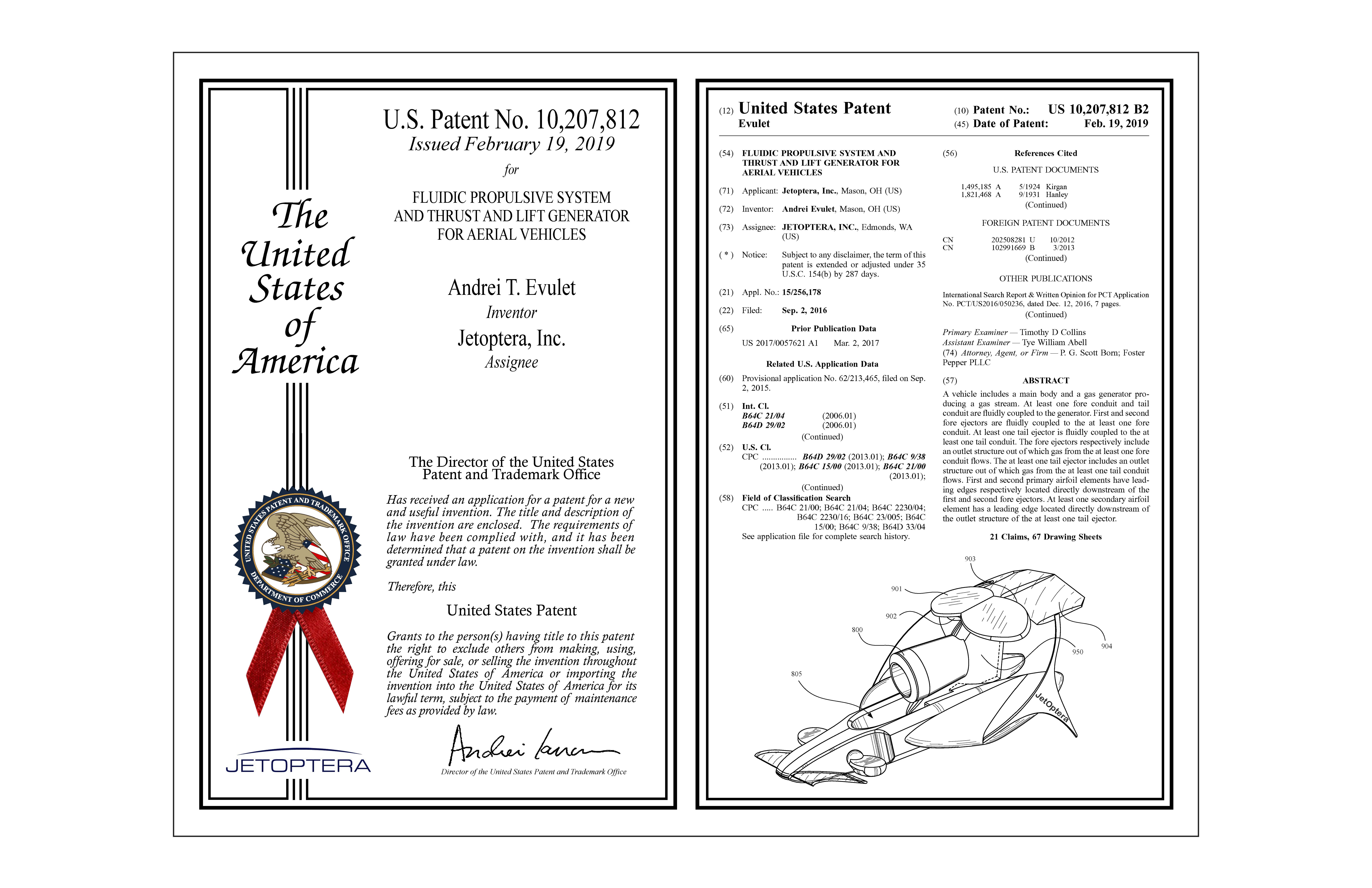 Jetoptera’s vision is to create a world where aerial mobility is commonplace for both cargo and people. We have developed a unique propulsion system integrated with a novel airframe. This allows us to create lighter, more efficient, and less complex aircraft. Our technology enables vertical and short takeoff and landing (V/STOL), high speeds, sizable payloads and range, and maneuverability.